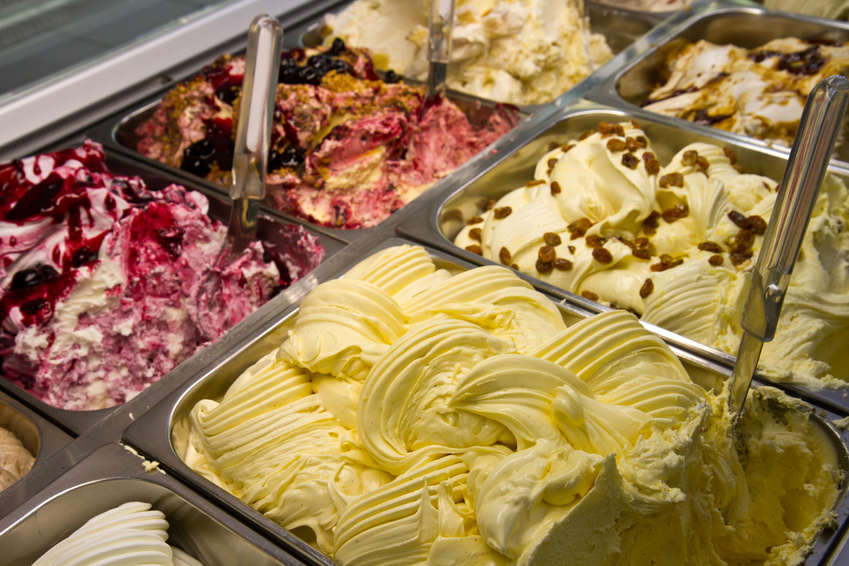 The origins of ice cream can be traced to the frozen desserts, sorbets, and gelatos enjoyed by the Chinese, the Persians, Mughals, and Venetians. But the modern version of ice cream, with sweetened, frozen dairy products is dated back reliably only to the eighteenth century. And it is in the U.S. that ice cream was promoted from being an occasional delicious treat, to the full-fledged status of “food”. Which is why every well equipped household in the country now has a freezer well stocked with ice cream, gelato and frozen yogurt cups.

Who loves to eat ice cream?
Americans eat a lot of ice cream. We mean, a lot. Fully 90% of all U.S. households eat ice cream on a regular basis. And to meet this demand, about 1.5 billion gallons of ice cream and other sweet, frozen desserts are produced each year. This accounts for around 9% of the total milk produced by U.S. dairy farms.

In any given two week period, around 40% of all Americans will eat ice cream, according to a study by the NPD Group. Ice cream is a comfort food, the traditional resort after a bad day at work or when your team loses the big game. That may be the reason why consumers aren’t all that adventurous when it comes to trying new flavors. Even with all the exotic new flavors – green tea, wasabi, and black bean to name just a few – they remain loyal to plain old vanilla. A recent survey of International Ice Cream Association member companies found that 28% of their customers preferred vanilla.

I’ll meet you at the frozen yogurt store
Frozen yogurt and gelato are also becoming increasingly popular, for their own taste and as a somewhat lighter alternative to ice cream. The number of frozen yogurt stores is growing, and by the end of 2013, there were around 2,582 scattered across the country. Frozen yogurt stores may even start winning out over the pizza place as a destination for teenagers. The cool ones, that is.

For parents concerned with providing a healthy treat, an easy way to balance out an ice cream snack is to add some fruit on the side. Blueberries, strawberries, bananas, peaches, grapes and oranges all pair well with ice cream, and add a nice burst of flavor that even the pickiest kids will love. Frozen yogurt cups make a delicious light dessert.